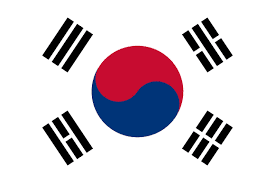 Hyon Gak Sunim (addressed as “Sunim”) was born Paul J. Muenzen in 1964 to a family of devout Catholics in New Jersey, U.S.A. He was educated in literature, literary theory, and philosophy at Yale University (Class of 1987) and comparative religions at Harvard Divinity School, where he received the degree of Master of Theological Studies in 1992.

Hyon Gak Sunim became a student of Zen Master Seung Sahn in 1989 while studying in Cambridge, Mass., and lived for several years at the Cambridge Zen Center. He was ordained by his Teacher in 1992 in China, at the Temple of the Sixth Patriarch, on Chogye Mountain: he was the first Westerner to be ordained in the People’s Republic of China since the Communist Revolution. He has been doing training in various remote mountain places in Asia, including 3 intensive 100-day solo meditation retreats and some forty or forty-five some-odd 3-month intensive meditation retreats (ango) in some of the most esteemed Zen temples of Korea. In some of the those retreats, he was the first Westerner ever to be admitted to train in that temple in 1700 years of Korean Buddhism.

In August 2001, in a public ceremony at Hwa Gye Sah Temple, Sunim was publicly tested in “Dharma combat” before an assembly of monks and nuns who had just completed the Summer Kyol Che, and he received inka (formal approval of enlightenment, and certification of teaching authorization) from Zen Master Seung Sahn. It was the last teaching authority conferred directly by Zen Master Seung Sahn, one of the legends of twentieth-century Zen and a leader in the transmission of the Buddhadharma to the West. In 1,700 years of Asian Zen tradition and the Chogye Order of Korean Buddhism, formal inka means one is publicly recognised as a 禪/(Soen) 師/(Sa) — literally the words “Zen” and “teacher” [Jap.: Zenji], what is sometimes called in the West a “Zen master”. (The Kwan Um School of Zen — from which Sunim made himself independent in 2010 — requires seven additional years of strict adherence to the organization, regional recommendations from appointed bodies within the organisation, and committee approval for recognition in the organization’s teaching orthodoxy.)

At the conferral of his authorization of inka on Hyon Gak Sunim, Zen Master Seung Sahn said to the assembly, in Korean, “This is a clear mind. If anyone wants to know clear how to do this kind of Dharma combat, this is what you just saw.” Those words are memorialized at the conclusion of the taped recording of the ceremony.

Within two weeks after this ceremony, while travelling to the US to assist with a Buddhist teaching in a Korean temple near NYC, Sunim was in a flight heading into JFK airport within one hour of the attack on the World Trade Center on 9/11. His flight was abruptly lurched to a quick landing in the Midwest, while all flights were grounded “holding in place”. His Teacher had authorized him to need to function in a world utterly changed. Life doing retreats alone is no longer enough. But how take this practice out there, how step outside the temple ecosystem’s yet live this practice authentically? “And where?”

In 2010, perceiving a limiting institutional rigidity emerging in Kwan Um training — which he felt to be incompatible with the edgy, spontaneous heart of Zen’s expedient means — Sunim decided to teach independently of the Kwan Um School of Zen’s hierarchy-structure, while continuing to remain faithful to the extraordinary teaching technologies that Zen Master Seung Sahn communicated first and so effectively through KUSZ, an excellent force of good dharma. Sunim constantly sends his students (and many unknowns) to Kwan Um School of Zen’s retreats, directs donations to KUSZ centers and practitioners, and a great many Kwan Um students and teachers often correspond and visit with him to get guidance in their practice.

Sunim is often cited in Korean media with leading a revival of interest in Buddhism in Korean society, especially among the young and educated. His multi-million bestselling book, From Harvard to Hwa Gye Sah Temple (1999), is regarded as the first major Buddhist bestseller in Korean Buddhist history; and his editing, translation, and teaching of several texts by Zen Master Seung Sahn made him one of the most recognized and influential voices in modern Korean Buddhism. The Education Department of the Chogye Order has been quoted in Korean media: “It is believed that over 100 Koreans have left home [become monks or nuns] crediting Hyon Gak Sunim’s inspiring bestselling book that was published at the end of 1999.” Since his ordination in 1992, three beautiful Buddhist temples in Korea were donated to Sunim; he gave all of these temples to other monks and nuns.

Due to his undeserved renown, Sunim became overwhelmed with teaching demands. Over-burdened by the excessive expectations, and weary of the politics of institutionalized Buddhism, Sunim left Korea for the West in 2009/10, and settled in Germany, where he is based today.

As the former Buddhist co-Chaplain at Harvard University (1996-97), Sunim has given public talks at Harvard, Yale, Stanford, UC-Berkeley, Oxford, Columbia, NYU, Union Theological Seminary, Brown, SUNY, Université de Paris, University of London, Charles University (Prague), University of Latvia, Vilnius University, University of Salzburg, and University of Oslo, among many others, in addition to colleges, divinity schools, and countless temples throughout Korea, and other temples in Hong Kong, Singapore, Malaysia, Indonesia, and Japan. Sunim has led two large pilgrimages to Tibet, and in March 2008, he was caught up in the Lhasa Uprising, and placed under house arrest with others after witnessing the brutal crackdown of protesting monks in the temples around Lhasa.

After more than 30 years of teaching all range of beginners in meditation, it has been decided to reduce the amount of instruction that Sunim can directly give. In February 2022, Sunim’s students released a unique new online course in meditation: “Authentic Temple Zen”, at online-courses.mirrorofzen.com.

Anyone who wishes to sit retreat with Hyon Gak Sunim, who has never sat retreat before, or even learned meditation, will be asked to build their training’s fundamentals first through this video. When Sunim’s senior students provide instruction, this video is not necessary, nor for practitioners bringing a reasonably stable practice from another tradition.

We are also on